Simplicity is the new Black!

Many organizations and leaders face the conundrum of simplicity versus complexity on a daily basis – though even with the best intention of keeping things simple, complexity seeps it’s way in. As I started my research on this topic, I realized that simplicity and its importance to an organization has been written since the late 90s but majority of the case studies where organizations grappled with simplicity were from that period or after. So, I started deep-diving as to why organizations are unable to embrace simplicity as a norm and some interesting insights came up.

The Allure of Complexity

Complexity – though criticized heavily – has its own pull when it comes to enticing human nature – something akin to the Sirens calling out to Homer on his Odyssey. The pull of complexity endeavours to attract leaders, companies and organizations with it’s own unique nature in such a way that many times organizations don’t even realize when they have embarked on a path that will eventually make them so complex that navigating through the basic needs and requirements of the organization will become a challenge.

As organizations grow – not just purely in size but perhaps in the years in existence, number of employees or the volume of products that they offer, companies tend to unknowingly create their own complexity. The desire to know the customer more, the desire to analyse more, the desire to have better data, the desire to run processes more effectively, in itself leads to a roadmap which is complex and will lead to more intricacies going forward. The key aspect to realize here is that literally none of the organizations started their journey with the intention to become complex or with a desire to derail the way of work in any way. The start of what will be a complicated, administrative, red-tape ridden nightmare was always from a positive place because there was the desire to improve, to become better, to be more available to the customers or to the employees or any of the stakeholders.

Take the example of an organization that sets out to solidify and streamline its processes and to ensure the right checks and balances are in place to safeguard the interests of the organization and protect anyone administering those. The thought behind the whole thing is absolutely right and much needed. However, in the zest to create something strong, what one ends up creating is a complicated process which generates a critical drag in organization’s speed and efficiency. One would generally see an approval matrix that actually delays decision making & action and is just not scalable in the long run. Add to this, the need that these things should stand up to any kind of compliance-related aspect or audit review and you have a painful, uphill battle on your hands which you have to fight every day. Why do organizations get entrapped in the allure of complexity – many reasons:

Being simplistic in approach does not mean doing simple stuff…

The Case for Simplicity

Simplicity definitely is the new black – though it never really went out of fashion in any case. For as many examples there may be of Organizations grappling with complexity, there are an equal number of examples where organizations have successfully transitioned to simplicity and are ahead of the game. This, though, did not happen by chance. All of these organizations decided to undertake a determined approach to simplify things and follow a disciplined approach to implementing, driving and achieving simplicity within the organization. Examples of FAANG companies immediately springs to mind – a similar underlying principle each of them have worked towards is to create a customer experience so simple that it defies the need for any kind of learning, training or understanding – its simplistic almost to an intuitive level. The best example is my own 10-year old who navigates the Amazon site like a pro – all picked up intuitively by exploring and following the simplistic experience….and I feel my 3-year-old is not far behind!

Another deep dive into companies that have successfully embraced and actually become agile, innovative and are ahead of the curve shows the similarity of simplicity in their approach. Perhaps the resilience to fail fast and learn fast over and over again is another key aspect but that perhaps is best covered in a separate discussion of its own!

Mind you, being simplistic in approach does not mean doing simple stuff… it means simplifying potentially complex situations in order to remain focused on what creates real value – products, people and experiences. An unfortunate deterrent to simplicity is the need to see / show complex stuff. Take the example of the last presentation you would have seen. If it was too simple – even though it communicated the message effectively – you would question if it has enough relevance. Add in a few slides with complex diagrams, charts and tables…. and voila – the same becomes acceptable and relevant! If nothing more, I believe this is the biggest paradox that we all live with – we want to simplify things but we want to see complicated proposals for the same!

Siegle + Gale, a strategy firm whose tagline is “Simple is Smart,” publishes an annual World’s Simplest Brands index, which draws on interviews with 15,000 people across nine countries. Its data reveals that 64 percent of people are more likely to recommend a brand that delivers simple experiences. In 2019, Netflix, Google, and Aldi got the top accolades (source: www.strategy-business.com).

No Simplicity…. No Innovation

As buzzwords of agility, innovation, take more prominence as necessary-to-haves, companies start to look at ways to bring frameworks in which will help them along the journey to innovate faster than the competition. Afterall, in today’s VUCA world, companies need to change not just to be successful but to survive! However, think-tanks, innovations hubs, change academies – whatever you may call them – will only survive and actually produce something of note only if the underlying principle of simplicity has first been ingrained into the organization. Simplicity drives an agile thinking model, innovation flourishes in a simple environment – not because the processes have been simplified but because the unnecessary excess baggage of red-tape that all executives carry in their head has been discarded and they are actually able to contribute to innovations that impact its customer, employees and eventually the bottom-line.

For start-ups perhaps, it is easier to maintain the level of simplicity as they grow. With enough information and discussion out there on the subject, a start-up entrepreneur can and should ask at every given step as they grow their organization – am I keeping things simple? Being aware is being forearmed and one should take on the self-imposed responsibility of checking-in on this time and again to remain simple and focused.

For established organizations, it’s a different story. Once the mountain of insecurity, emotions, resistance to change has been addressed, the real work of how to simplify starts. And unfortunately, in most cases, one realizes that rather than tweaking and making small changes, a bigger overhaul of how things operate is necessary. One may need to actually start with a completely new page and literally throw out everything that exists. At such a point, don’t get bogged down with the thinking that this change does not do justice to the legacy that has been created. To be honest, most of the time it is the legacy – systems, procedures and in many cases people – that actually keep organizations away from being able to create something new that is more aligned to the new norm and will work in the long run.

The trap in this is that organizations tend to focus on one aspect to simplify – say structure – but do not do it in other related areas of processes, deliverables, performance reviews etc and the chain will forever remain broken. Additional danger here is that one may lose out on all the time, effort, energy and money spent on simplifying things and revert to the old way of working as a full revamp was not done. In order to have a holistic approach to driving simplicity, the following things may help:

Acceptance of the fact that you are running with outdated, complex and non-value-add processes or structures that keep you from achieving excellence rather than pushing you towards it.

Undertake a detailed review of all activities and identify those that are pain points and don’t add any value and in fact add a bigger burden on all aspects – time, manpower, processes – without even a positive outcome. Case in point – Booking tickets for employees to travel on their annual leave was a huge pain point which never led to a happy employee as we could never give them what they wanted in any case. An annual ticket pay-out as an alternative reduced the administrative process by 30%, increased HR productivity and led to happy employees. All it required was to question the legacy system and challenge as to why it was there.

Create a clear list of things that don’t add value and those that do. Those that don’t add value – throw them out. Those that add value, further divide into what can be automated, simplified or further removed. Reach a stage where anything administrative is a “push-button” that requires minimal human intervention to run and operate so you can focus on the actual real deal of what you need to achieve and deliver for your customers and people.

Apply design thinking to your new simplified processes. You will see that it reaps more benefits than you would have ever imagined in making complex things simpler, accepted and longer lasting.

Start with your structure, simplify, reduce levels, increase span of work and then re-vamp how you work all around it but focus on a full revamp of roles, responsibilities and expected deliverables for it to be a success.

I firmly believe that people build organizations, deliver experiences and drive success. People thrive in an environment where simplicity enables their performance and helps them to remain engaged. All our solutions are designed around the principle of Simplicity. The highest level of performance, efficiency and productivity will be achieved when the organization creates a people focussed strategy which is simplistic, effective and scalable in the long run. Do you want to simplify too? Feel free to reach out to me!

Aseem Kapoor / About Author
Aseem Kapoor is the founder of ARK People Solutions, partner of Traineroo.com in the United Arab Emirates. Aseem helps organizations grappling with universal circumstances that are challenging the status quo of a corporate environment. Aseem brings pragmatic, simple, effective and easy to implement solutions that impact the most important aspect of any company – it’s people!
More posts by Aseem Kapoor 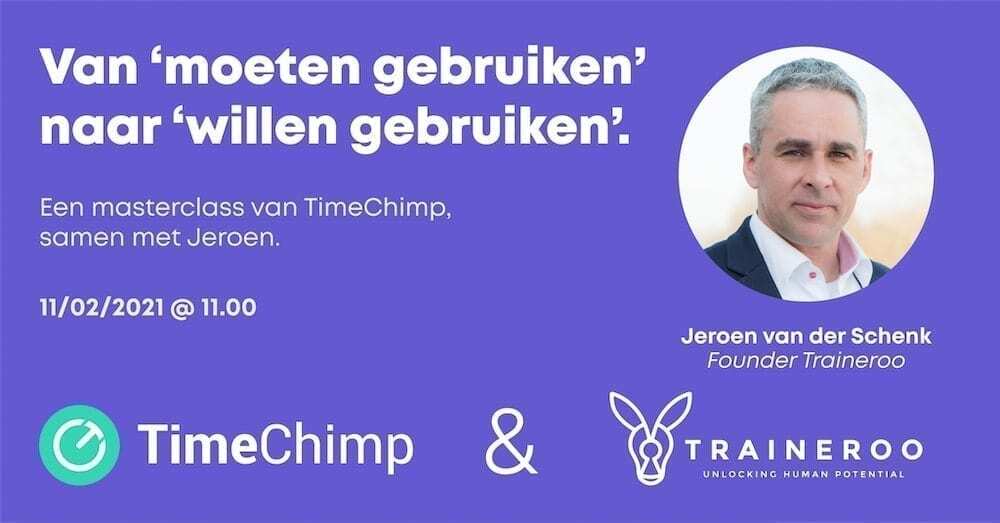 When you want to work more efficiently, automation is key. The urgency to implement new software solutions has been given a huge boost by COVID-19. One of the most underestimated parts of a successful software implementation is the facilitation of behavioural change. And in most cases even a cultural change.